I have been pretty busy working without much time for updating my blog.
Like many cabinet maker I have a special love affair with a particular piece of furniture. Couple of pieces in fact, but one of them is a coffer attributed to Andre-Charles Boulle at the J.P. Getty museum. 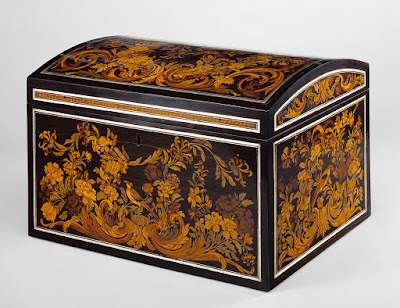 I always wanted to do a copy of it, I still will but we decided that our Treasure Box III was going to be inspired by it.
The original coffer is a “simple” box with a lid, but as we like, in our treasure box series, to add a little bit of details and functionality, we have decided, to add a drop front and a series of drawers and or a till. 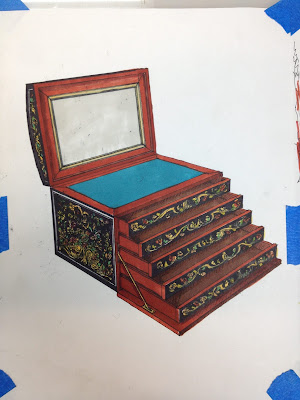 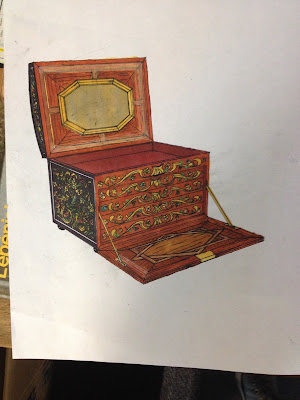 Our treasure box is smaller than the original. We could have kept the original marquetry, but aesthetically we believed it was better to create something more in tune to our proportion.
We kept most of the layout and the flow of the scrolls, but made plenty of changes.
First, our lock is in the lid freeing the front marquetry panel for a little more “filling” in the marquetry-wise.
The negative space in the front were probably left to accommodate a key plate and probably 2 decorative side hooks, typical on this boxes. You can still see the holes on the front of the lid were the hook catches would have been.
We also changed the bird to have one looking at us, to involve the viewer in the scenes.
The flow of the branches, the flowers, all have been redesigned to create a all new composition but keeping roughly the original layout.
On all the panels we also put more emphasis on the negative space surrounding the central bird, which is a bit lost in the original front but was very present on the sides and particularly the top. 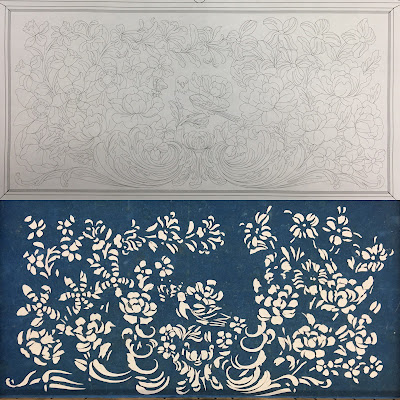 We also changed the lid front banding with a coin design to tie more with our clover as a key plate. 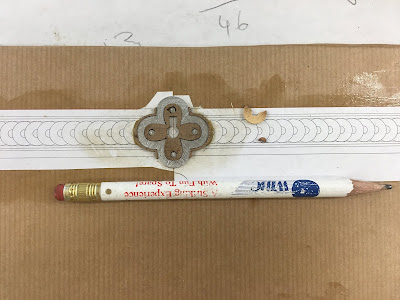 On the sides, one thing I was not found of in the original was the rubans and decided to live without. So, on top of the change in proportion, removing a big element like that create a change in the flow and layout that you basically have to redesign it.
We also favored having the birds face forward, once again insisting on a negative space around the birds in the center. 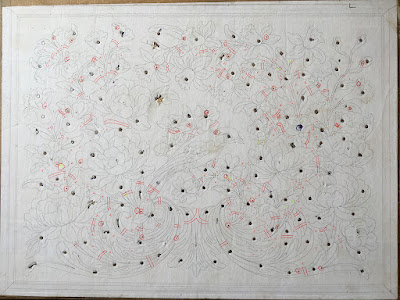 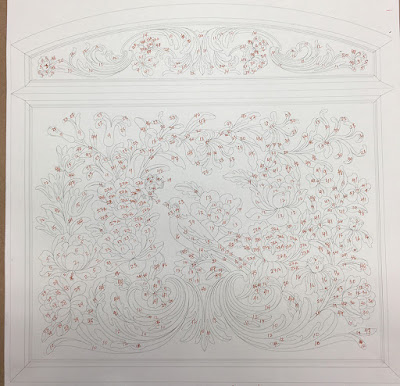 The top got also a little re-treatment, not as much as front and sides but the scrolls have been a bit reworked and flowers I have drawn are placed to match the flowers the closest on the sides and front to tie everything together.
As I do my final drawings as vector lines on the computer, one thing I like to do is to check on my negative space before I go print by filling the background and check the effect. In those type of design I believe that negative space are as important if not more than your actual pieces. You can also see better the effect I was looking for by surrounding the birds with a “wreath” of negative space, installing a central composition into the overall composition. We decided to make it even more flagrant on the top for a even more dramatic effect. 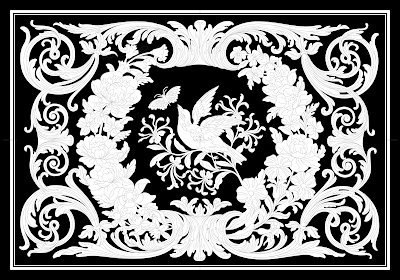 This project is actually well advanced, those who follow our work on Facebook or Instagram know, but I lacked time to write and post more than random pictures. So I will try to catch up and finish this story before the boxes are finished!!!
-- Patrice Lejeune
Posted by Patrice Lejeune at 3:58 PM