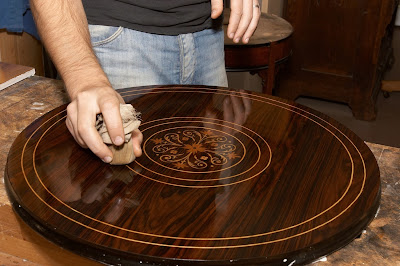 I hear many things about French Polish, and some of them really make me jump.
One of them in particular that I heard one to many times on youtube from a famous class on woodworking (which decided me to do a video and a post): “When you are done French Polishing, take some steel wool and wax it”
WHAT??? French Polish is a time consuming, GLOSSY finish. If you do not want a glossy sleek finish, DON’T even consider French Polish as an option!!!
Another one showing this time abyssal stupidity, from a finish teacher in well know wood college translated “tampon” as…. “tampon”, but as it was not very practical to polish with a tampon, he said to his student that the French, polish with a feminine hygiene pad!!!!! And this is a true story!!!! From a teacher!!!!
WHAT??? Such an item in the 18th century????
And so on, so on…...
I started polishing at Ecole Boulle, an Art and Crafts college in Paris during my 4th year so it should have been in 1995 or 96. Then I started in the restoration business in 1997, I did not start french polishing right away, but I was doing touch up, rejuvenation on antique one. Then around 2000 I guess, I started to do way more of them as our polisher left.
I am now restoring furniture but also building furniture, our specialty is marquetry (inlay). Both of those activity often require french polish for our company Antique Refinishers in San Diego (I just opened the new website, it is not 100% finished yet, but it is functional). 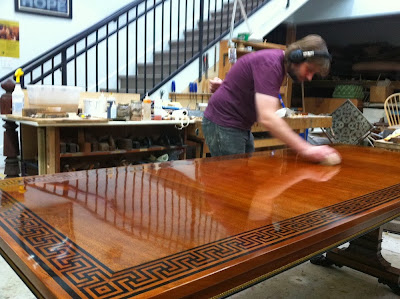 I teach alongside Patrick Edwards at the American School of French Marquetry (I am currently working on the website so it should improve soon), where I teach marquetry of course, but also introduction to French Polish.
For starters, French Polish is a funny name for me. The term in french is “vernis au tampon” Translating as “polish with a pad”.
The tampon is a pad, and you apply varnish with it.
It has been called “french polish by our english neighbors and “friends”, jealous of that secret polish, before they did something similar, we french called “vernis anglais” “English Polish”. I happened to think it’s funny.
I never heard of “french polish” before I came to work with Patrick Edwards in San Diego where two of my first jobs involved French Polish.
His famous Louis-Philippe Tilt-Top Tables 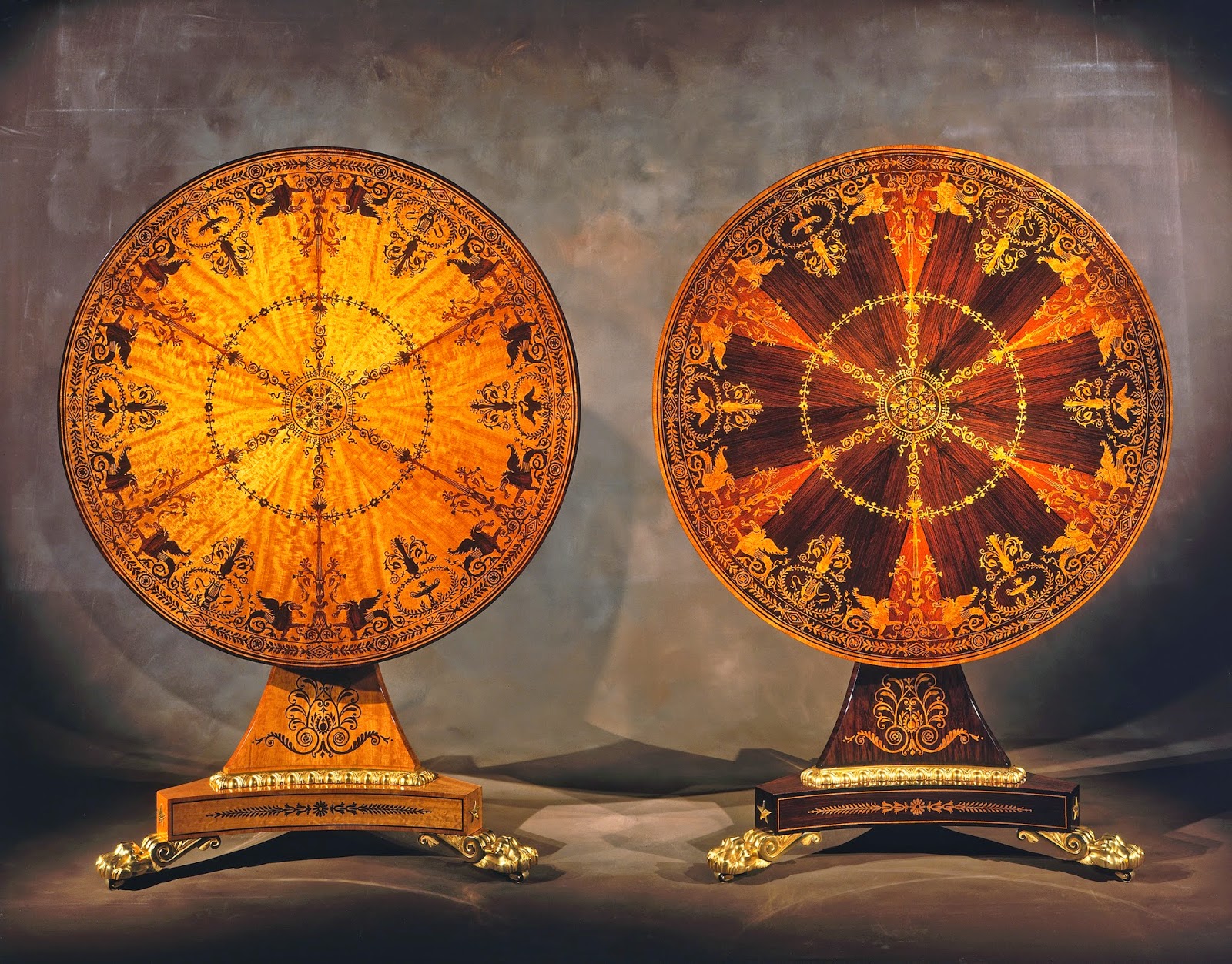 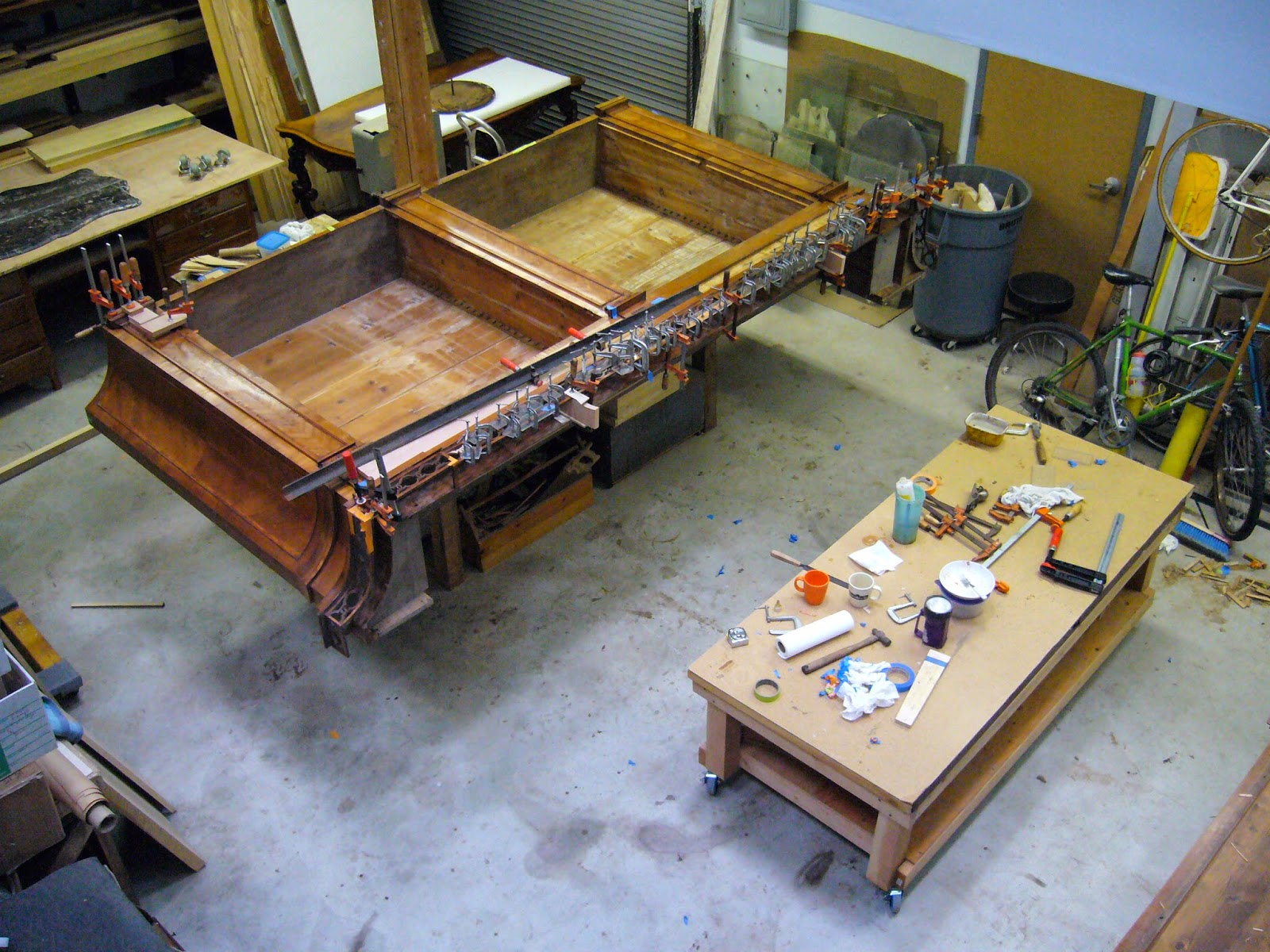 I lived in it like in a boat for couple months 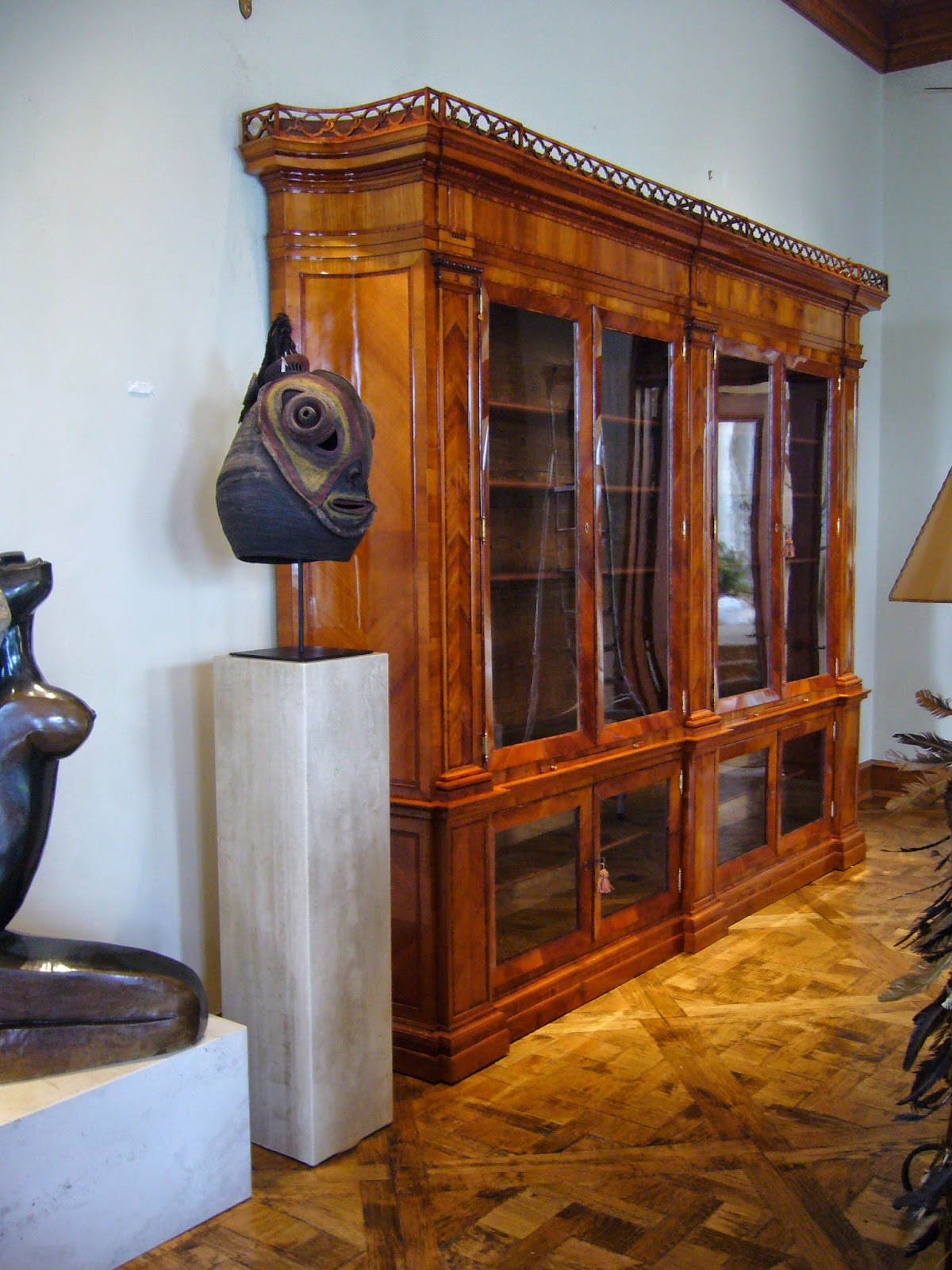 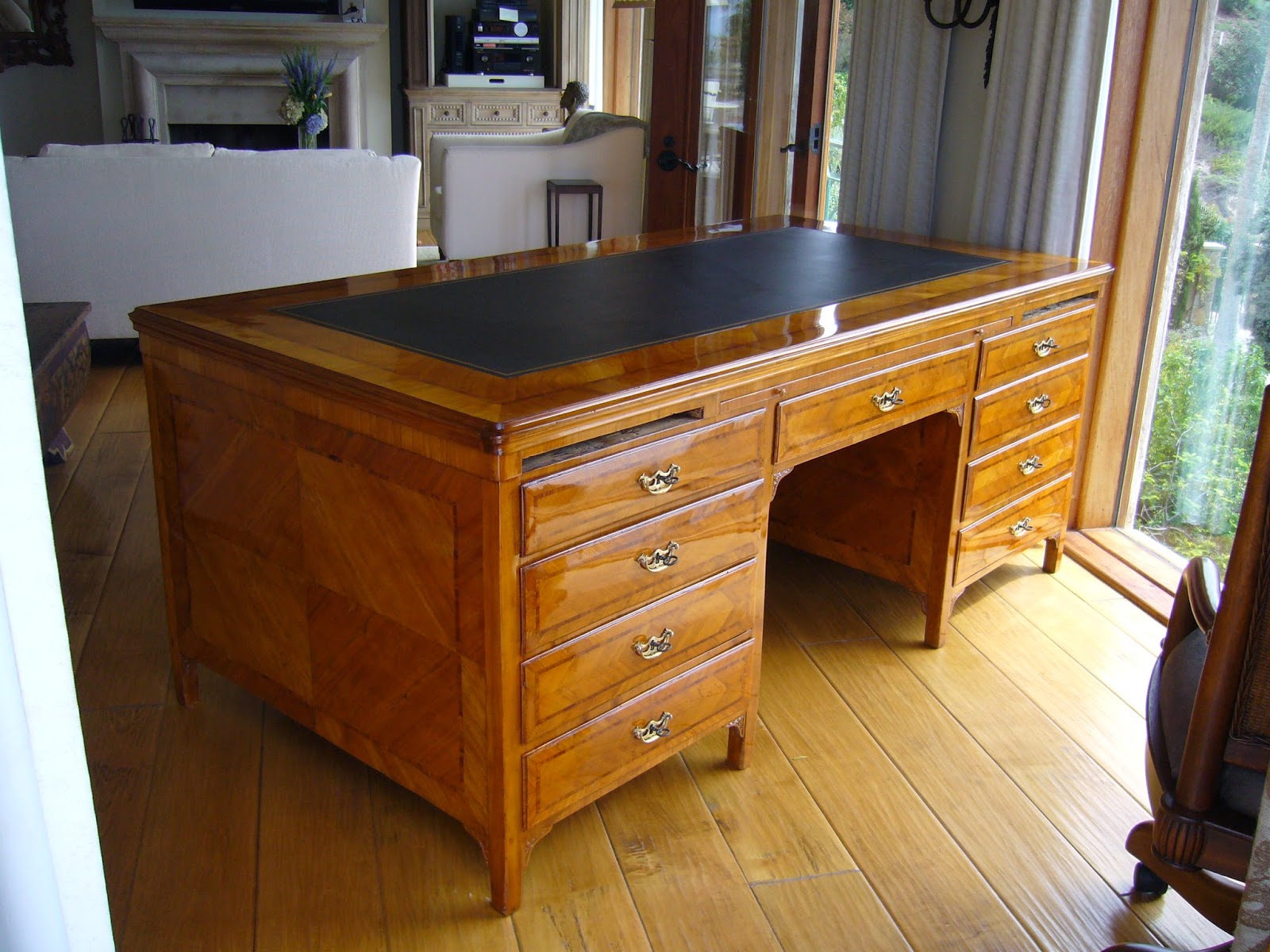 Time for the video now.
I am not saying I do it better than anybody else, but I can sure assure you that French Polish ain’t a wax finish
There is many different ways and recipes, I am just showing you the way I do it and why I do it that way.
I already received couple emails since I posted the video on youtube thursday or friday, and it seems we may have to do some more for each steps.
Let me know if you want more, how interested you were and what part was not clear enough so we can make progress in our video. This is a low tech production by the way.
Watch our video on Youtube

Posted by Patrice Lejeune at 9:59 AM 3 comments: