Marquetry as an “Art” 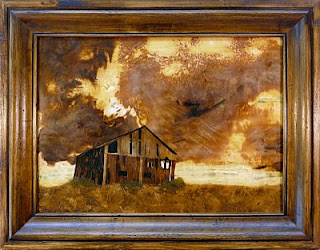 The term “Painting in Wood” was originally used during the last decades of the 17th century to describe the style of marquetry popular in Northern Europe, particularly France and Holland. The artist, working at a marquetry cutters easel, carefully selected colorful hardwood veneers to create naturalistic paintings of flowers, birds, butterflies and stylized arabesques. As the methods evolved during the 18th century to create different processes for making marquetry pictures, the term “Painting in Wood” was generalized to include other styles of art using wood as a medium.

It is important to understand that there is a technical application of the term as well as a popular use for describing marquetry art. The technical application, promoted recently by Dr. Pierre Ramond in his important book, “Marquetry”, applies to the cutting of a packet of material with a fret saw blade set perpendicular to the packet. Inside the packet are the layers of different woods, selected carefully to rest in areas where the final design requires them, as well as the background wood, which will receive all the elements of the picture after cutting. Therefore, as a technical process, “Painting in Wood” refers to the historic Tarsia a Incastro method of cutting marquetry created after the Italian Renaissance.

The popular usage of the term can be applied to any picture using wood as a medium to create art. As a marquetry artist, working in the 21st century, I often use the term “Painting in Wood” to describe perfectly the creative intention behind my work. Marquetry art uses design, exotic and rare materials and a variety of different techniques to produce unique artistic creations requiring great skill.

Until recently, marquetry was considered an ancient art form, and art historians often considered it static with no new possibilities. However, as any art form, the craft continues to evolve. Marquetry art is no different than painting or sculpture, and new applications of materials and methods are being developed which will allow this form of decoration to reach a modern audience.

About 20 years ago, for example, a new technique appeared in France, championed by the artist Vriz. His technique was essentially a piercing technique which depended on building up layers of veneer on the surface of the panel and then carefully sanding through select areas to create a work of art. As this method was shockingly new, most artists resisted using it at first, but when I saw what he was doing, I began to imagine applications which I could use to adapt my designs to create a new form of marquetry art.

Working with Patrick Edwards at the American School of French Marquetry, we decided to propose a new term for this original process. The term “piercing” was not a good choice, as it is traditionally used to describe the worst mistake a marquetry artist can make: scraping through the veneer. After much discussion, it was suggested to use the term “Fusion Technique”, in particular since other original methods were incorporated into my work that seemed to fit this term.

During several years of experimentation at the American School of French Marquetry, I developed ways of using “Fusion Technique” that I believe have never been used before. I would like to thank Patrick Edwards and Kristen Arrivee for having seen the possibilities and for their trust and investment in the development of the “Fusion Technique”. 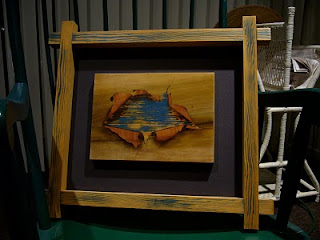 Originally, I was working to find a way to shade the “Fusion” pieces, working with hot sand ("Experimenting : The Fusion Technique"). My original method was to glue together several different layers of thin veneers and then carefully sand through them. This created a unique material which had different colors in a single layer. This new material was then used to cut out the design elements with a marquetry cutting easel, or “chevalet de marqueterie” ("Gaetanne"). But other applications give also great effects ("³ism") 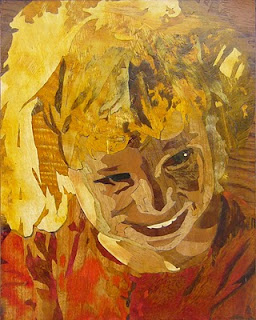 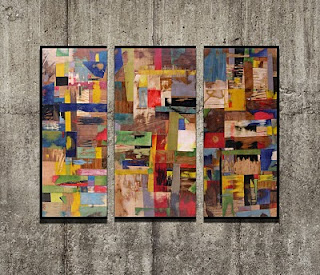 In addition to this new material, I developed another method which I call the “Sprinkling Technique”. In this technique, I use sawdust shavings and scrapings of hardwoods applied on or mixed with glue to create impressionistic effects. Good examples of this new art are “Dance Muse” and "Four Different Aspects of a Nebulous Thought" created in 2009. 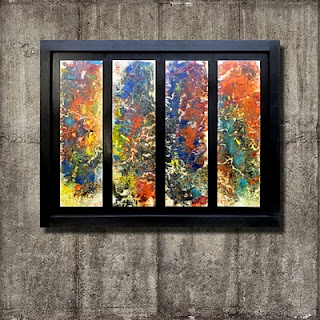 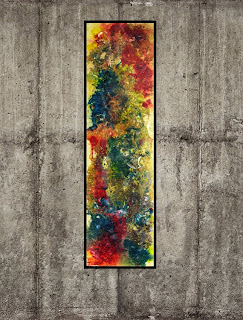 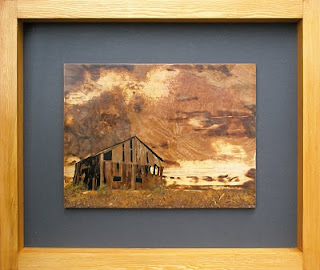 All of those pieces bring interesting comments from spectators who have difficulties to believe these “Painting in Wood” creations where only done with wood, with no added stain or paint.

Posted by Patrice Lejeune at 3:49 PM No comments: