Hello,
I had to stop working on the boxes for 2 weeks as we had classes here at the American School of French Marquetry. Great group 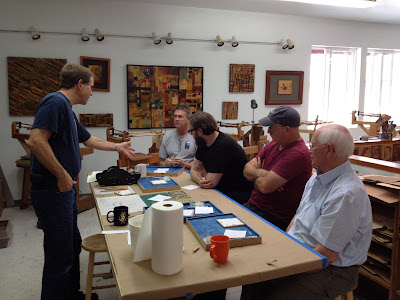 But I am back to work on them now.
First of all, all the banding is done.
They are composed on 2 bone and an ebony string inlay plus an ebony band. 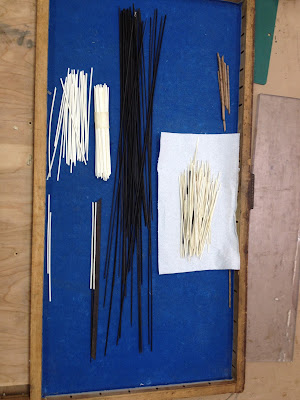 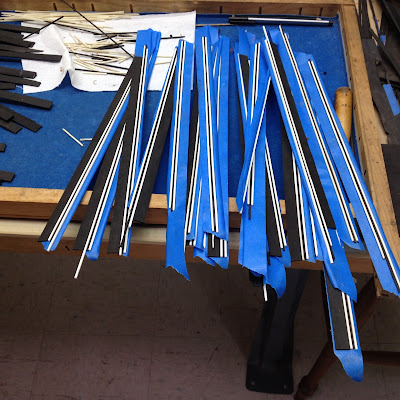 The edges of the top are veneered with ebony first 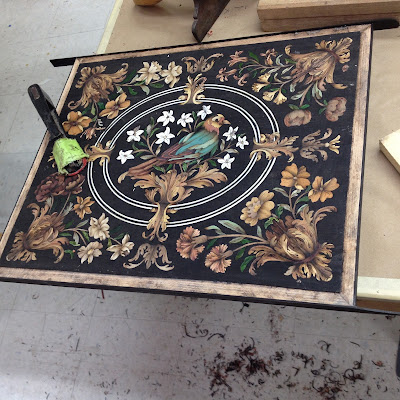 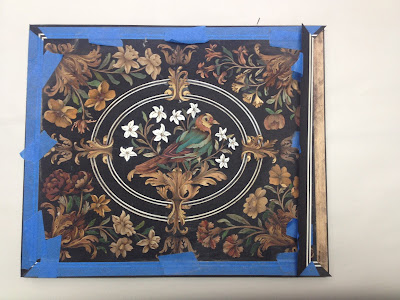 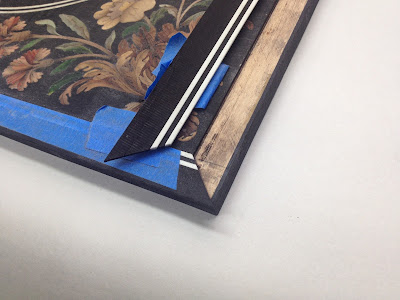 The same is done for the sides 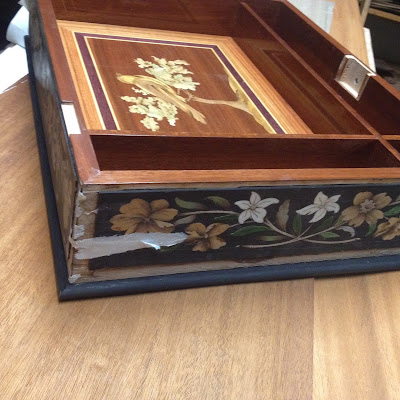 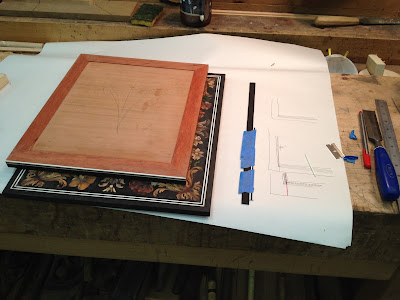 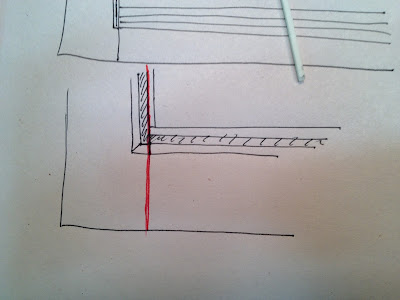 The result is pretty good, it does not show much and is pretty discreet, which is nice for a secret mechanism. 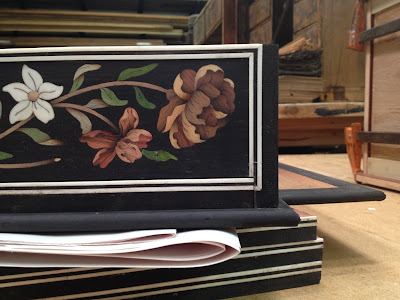 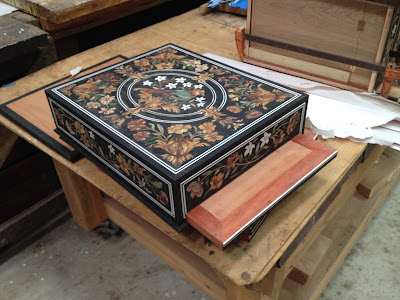 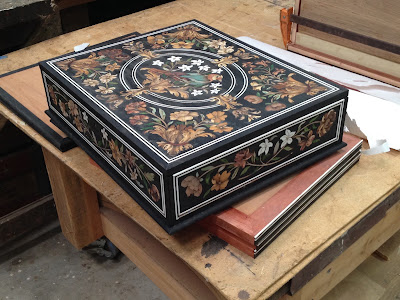 The inside of the lid is sanded until all marks from the sawing of the veneer disappears and level to the box. Then the hardware is installed 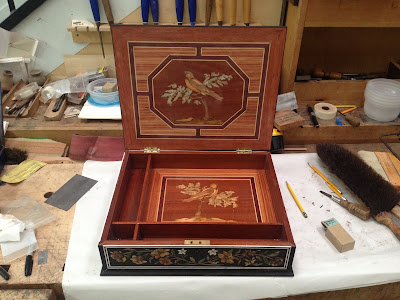 To level the bone banding this type of rasp-file seems to work the best. I do level the lid at the same time with the box. 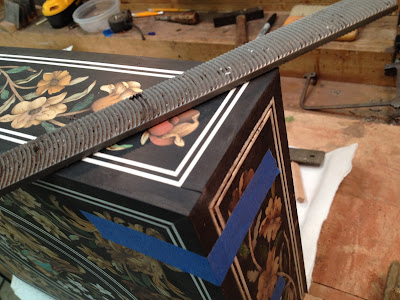 It is amazing how different it looks with the banding on 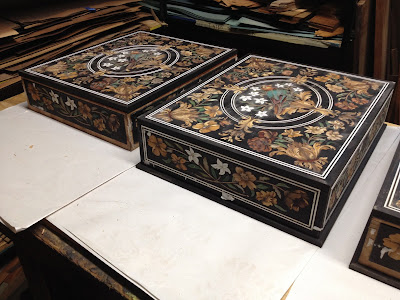 So, in the meantime Patrick has worked on the mechanism. 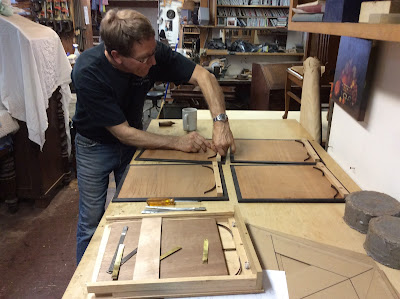 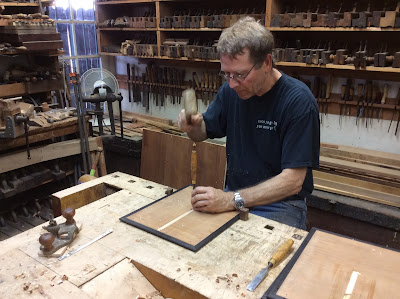 We had Aaron Radelow mill the spring catch 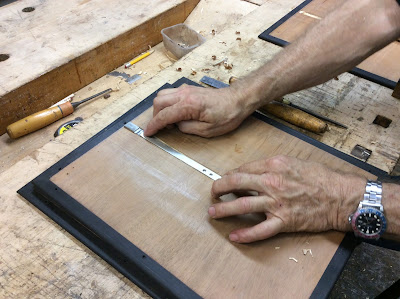 The inside has a hinged part 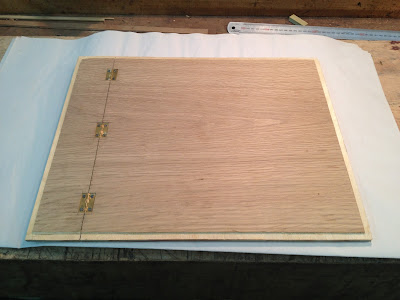 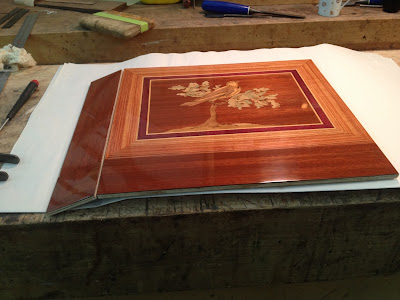 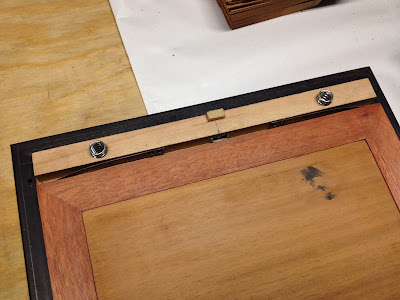 When you press on it 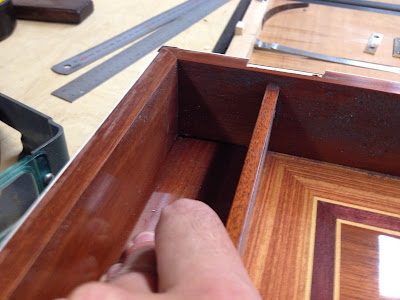 It lowers the plunger and lower the spring catch 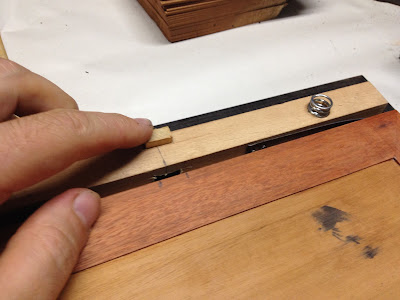 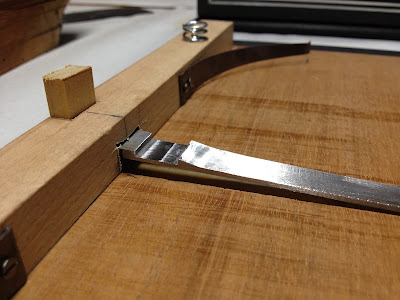 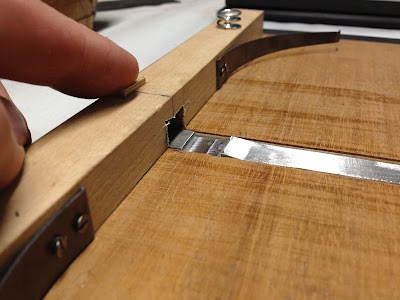 Releasing the hook from the tray catch 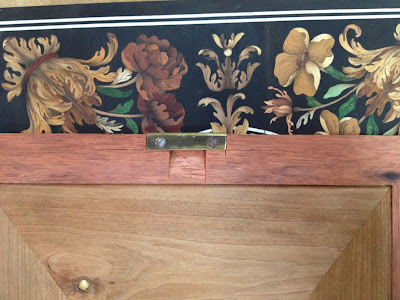 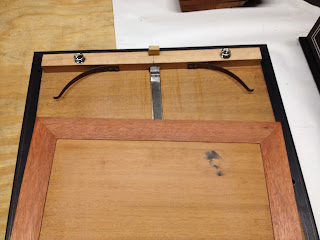 If my explanation on the mechanism is not clear, we may do a video to explain it later on. Let me know!

All right! Now back to work!

Next time sanding and finishing!