After almost a month away in Europe, London and France, I am back and working on the boxes again. It was really nice to go back home as I haven’t been able to do so for 4 years. It was also nice to be back, through away the jacket and sweater, an put on the flip flops.
Well, regarding the boxes.
When I came back I put the already cut bone leaves in green dye 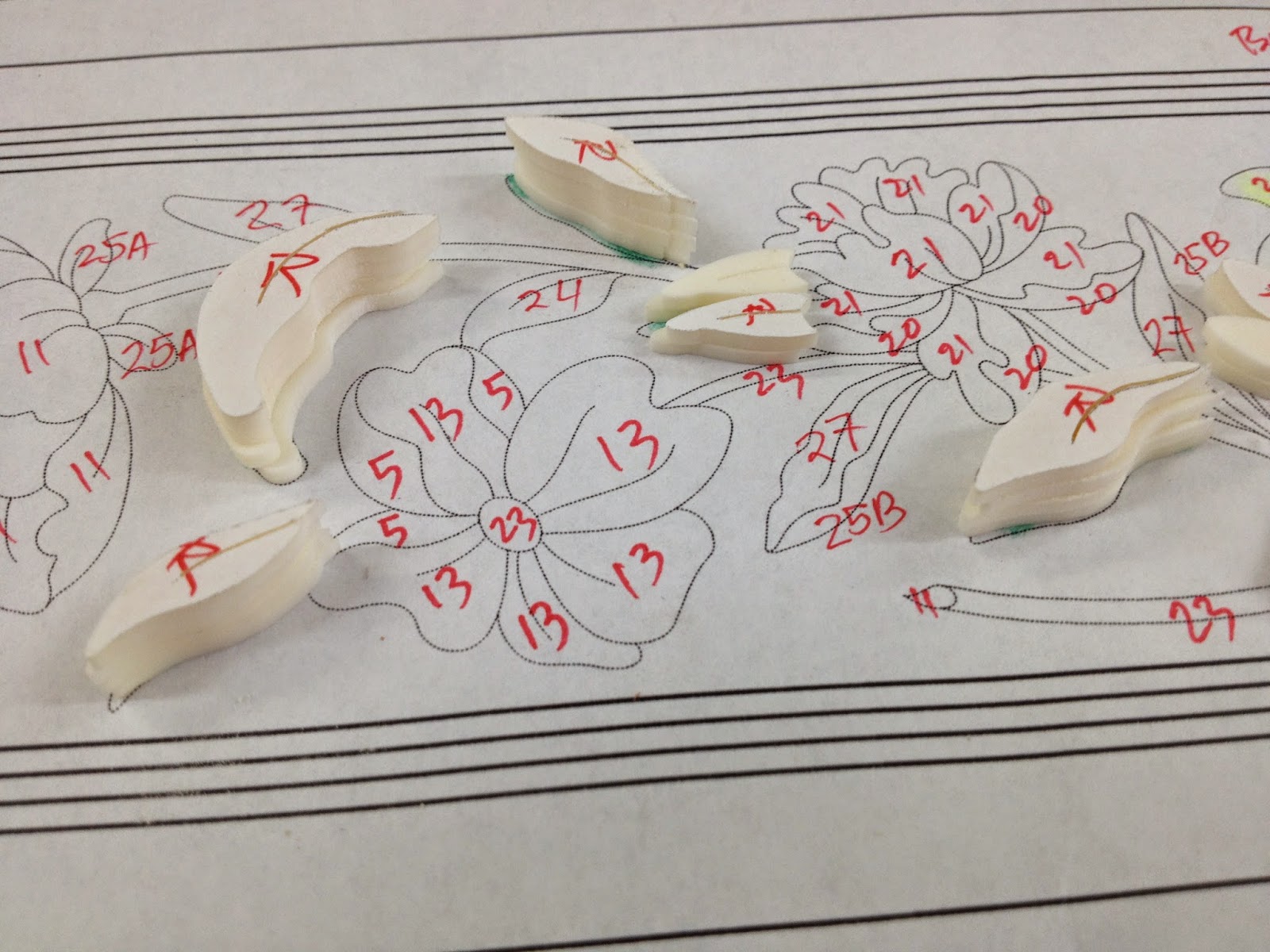 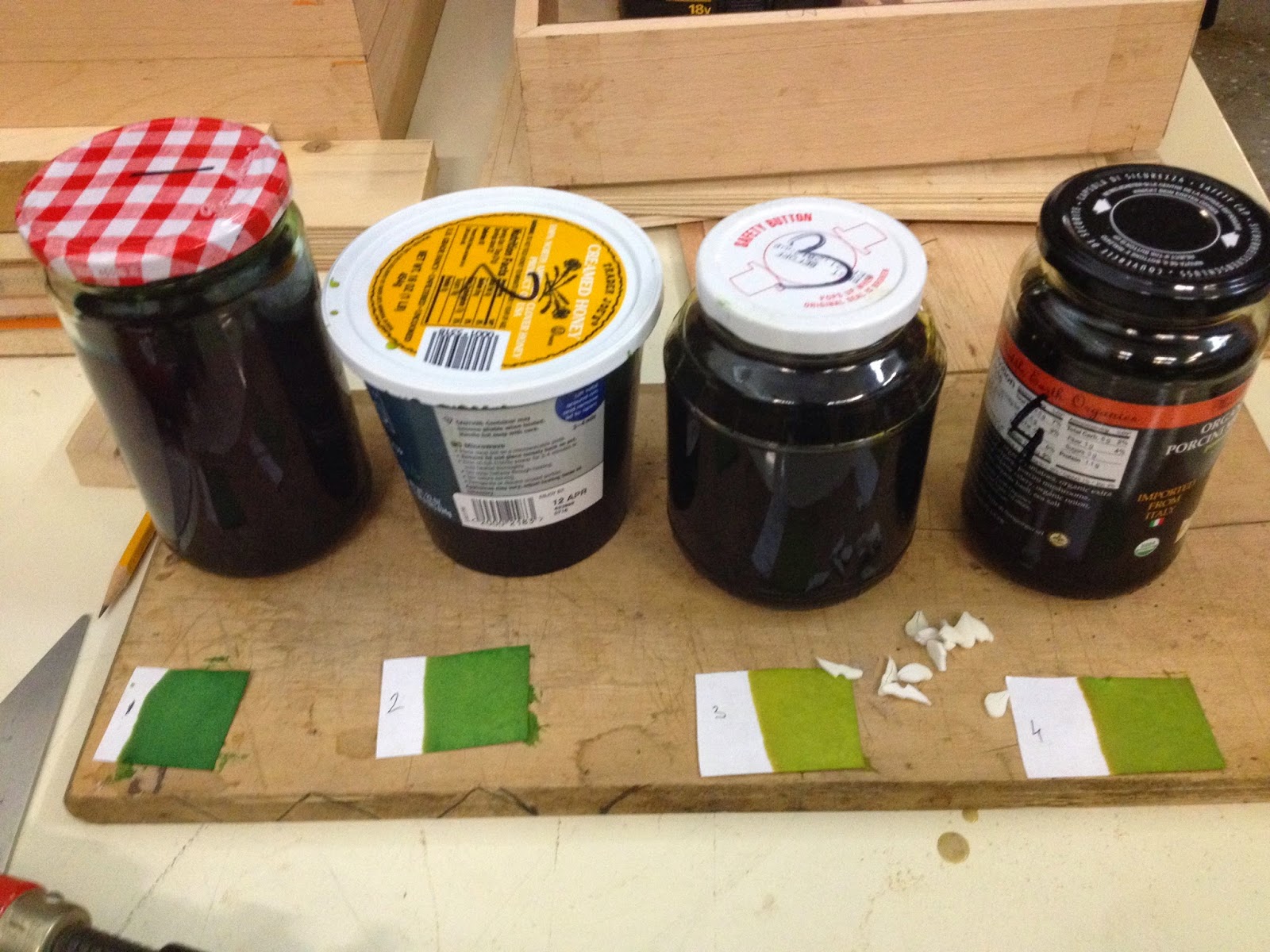 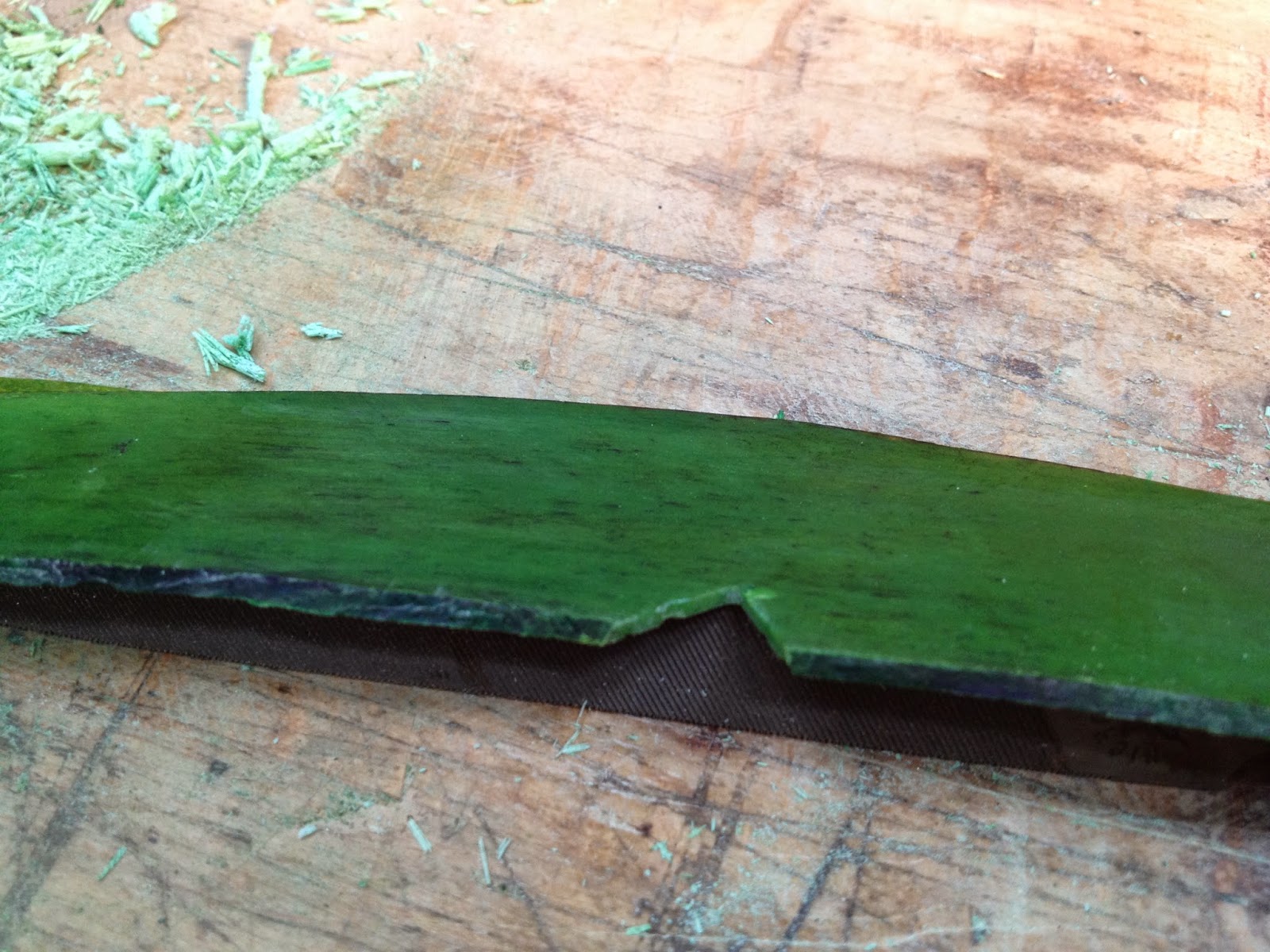 and while waiting to feel up the holes in the marquetry, 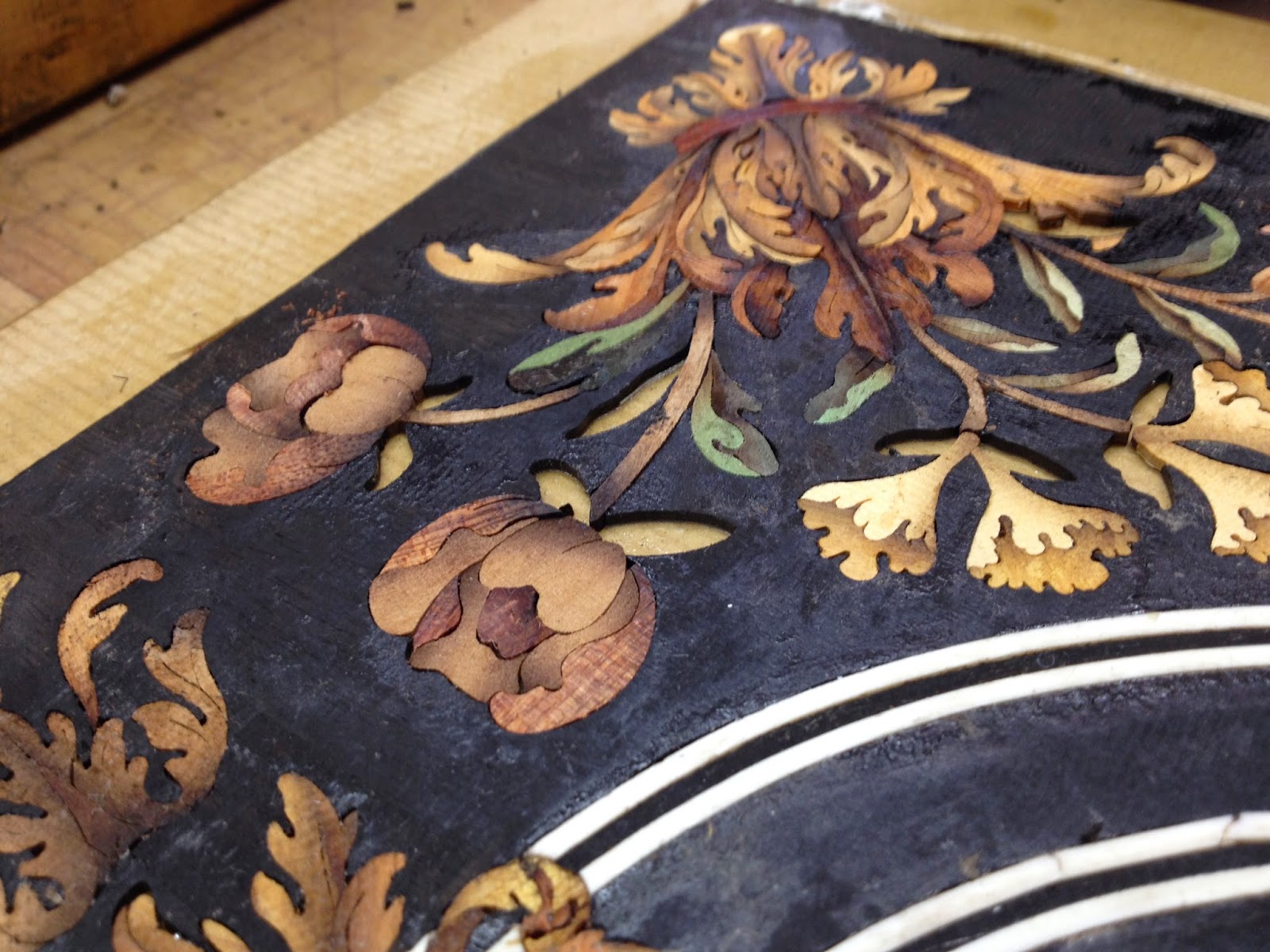 I started working on the inside of the boxes. The marquetry were already cut for a while now 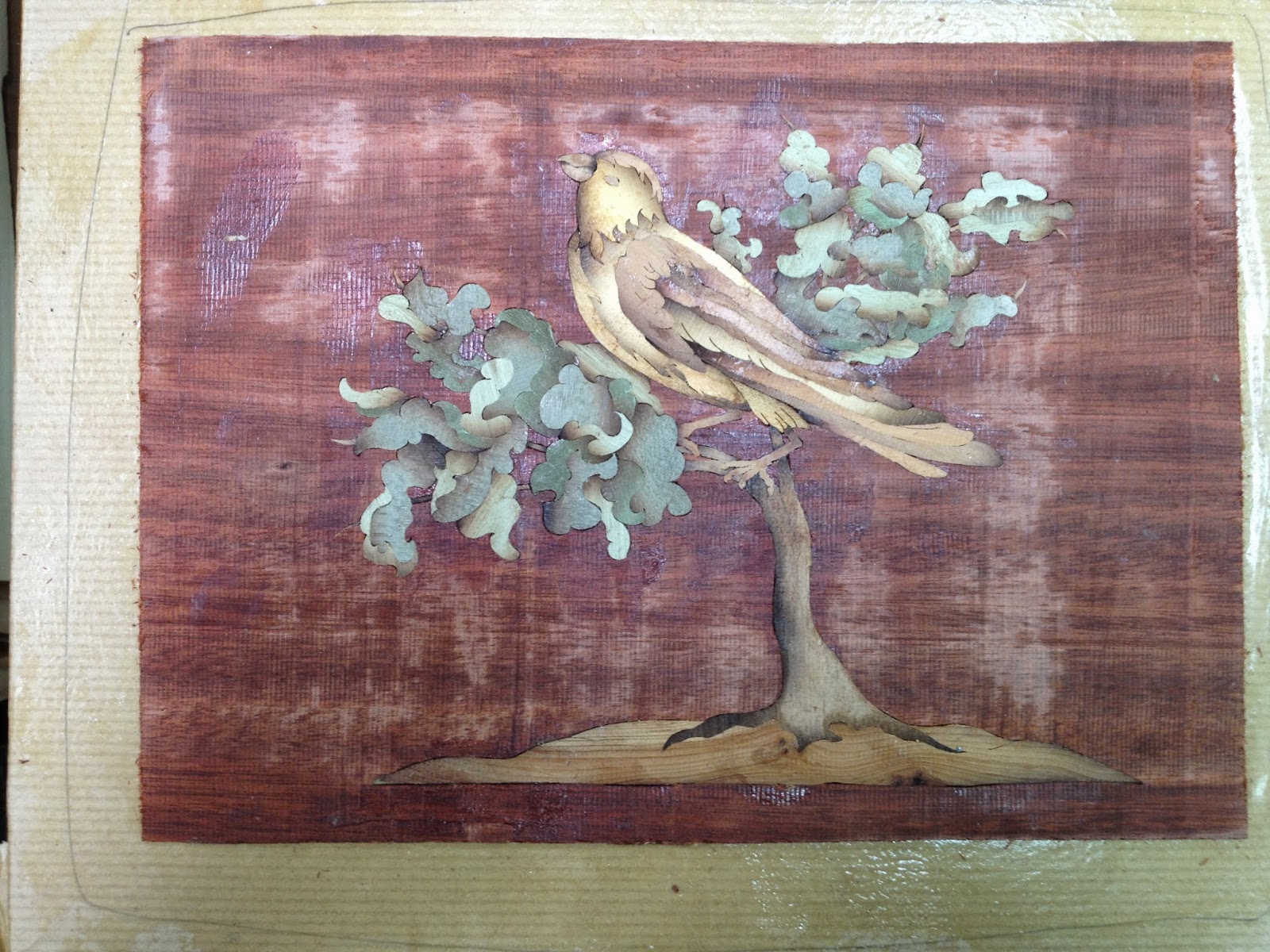 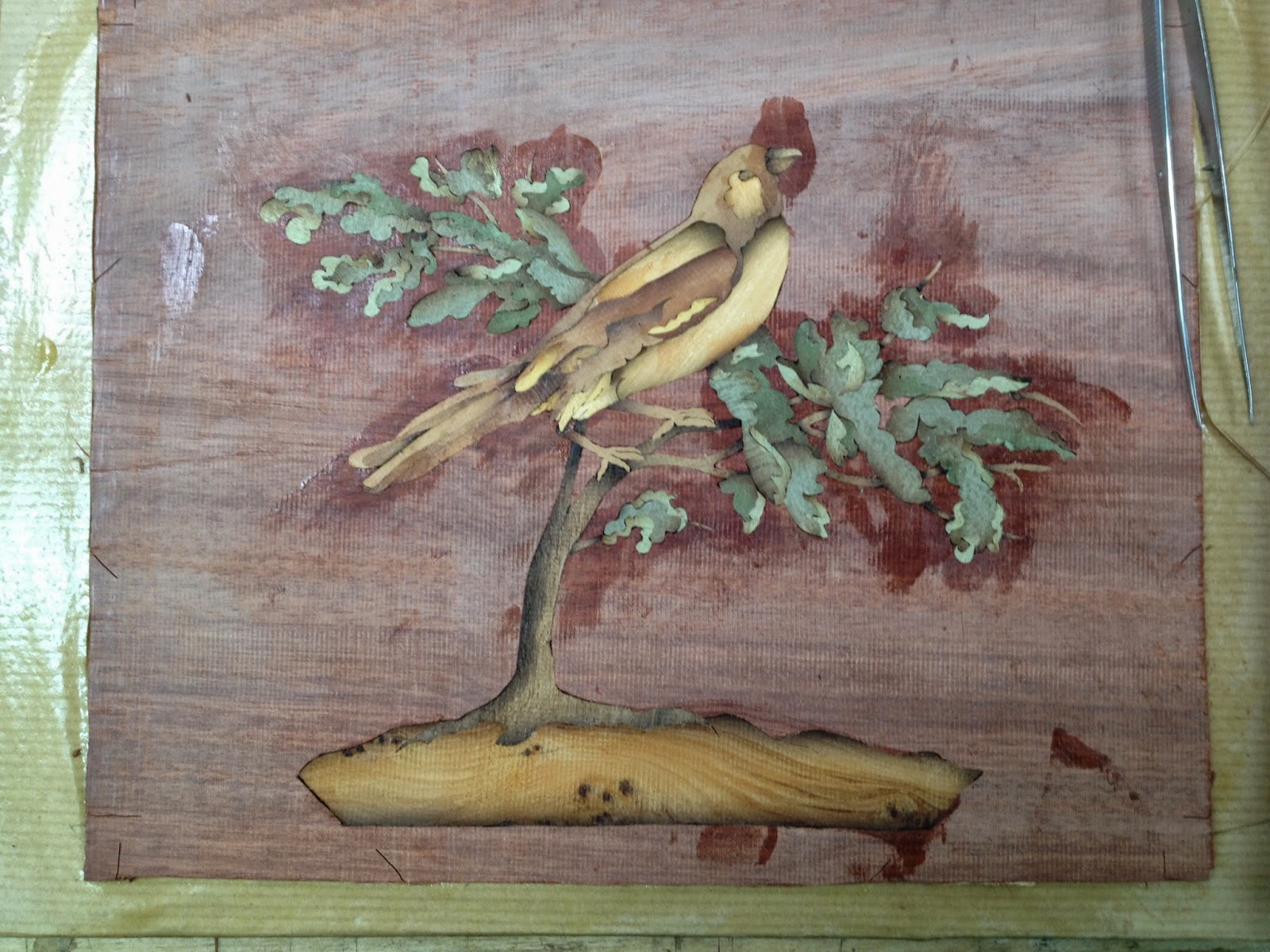 Veneered, and the boxes framed with full blind dovetails and veneered on the inside with Old Brown Glue. 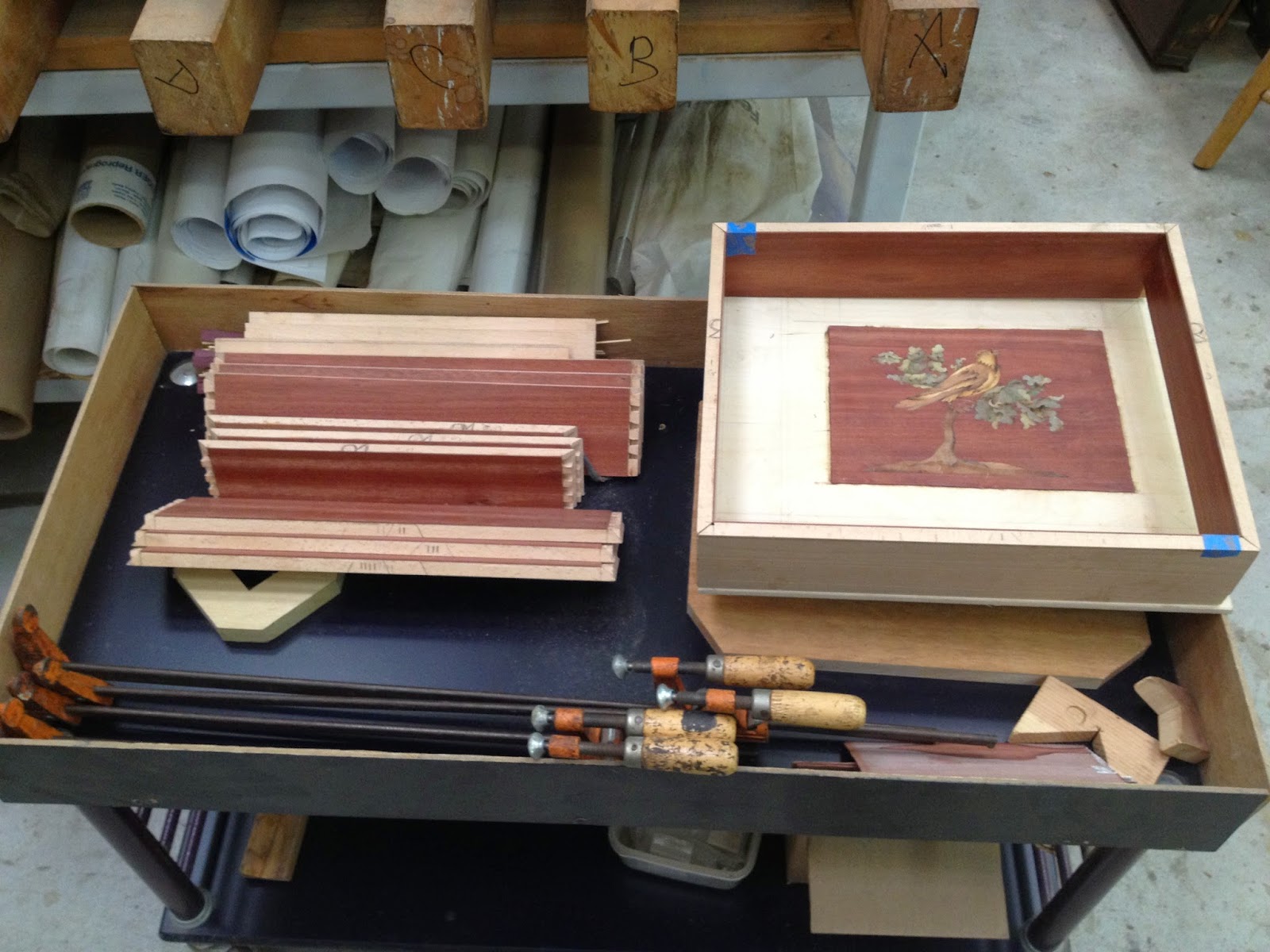 I build the partitions out of solid bloodwood 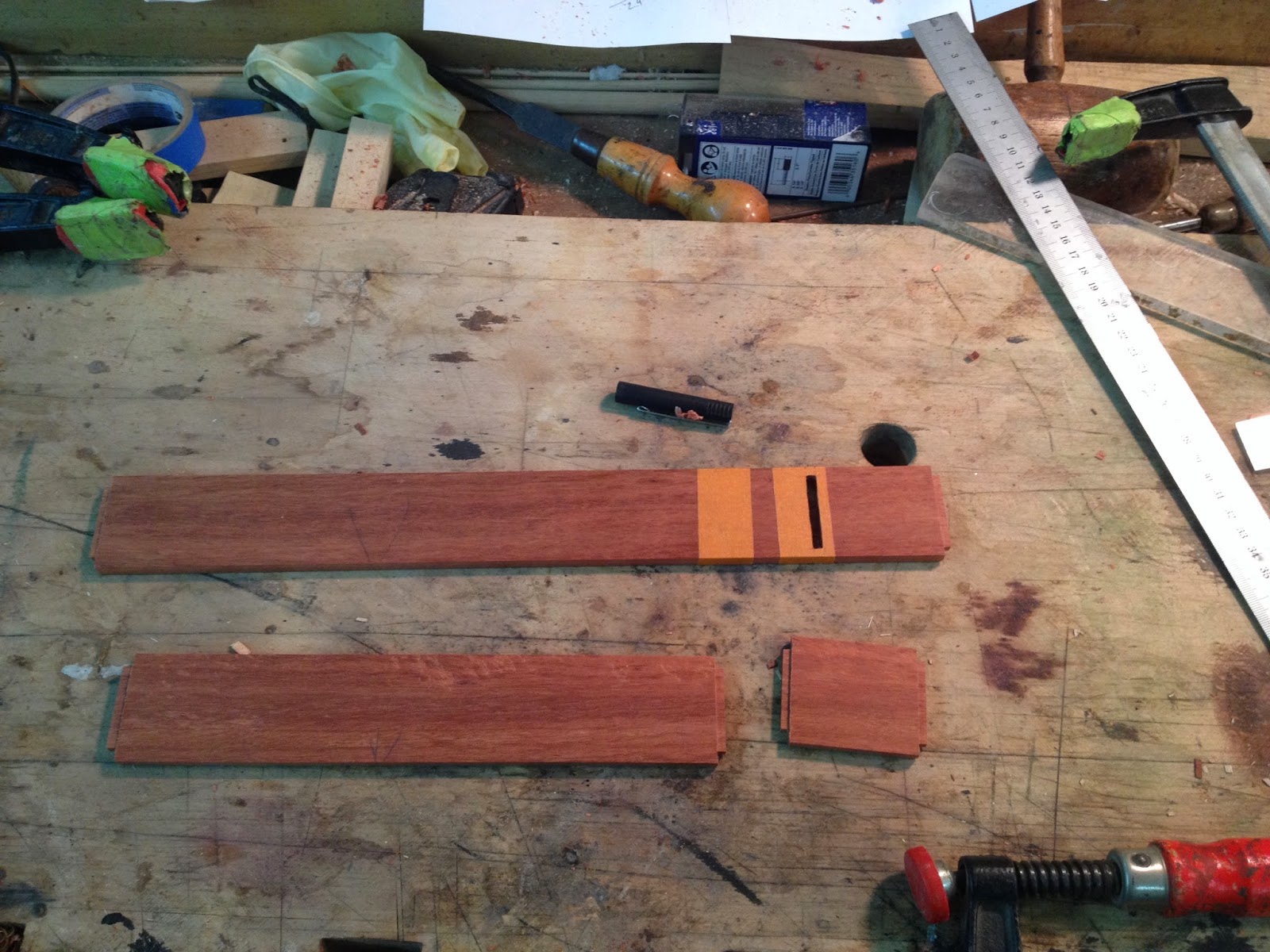 Mortise and dado on the inside of the boxes and cut the inside panel to size. 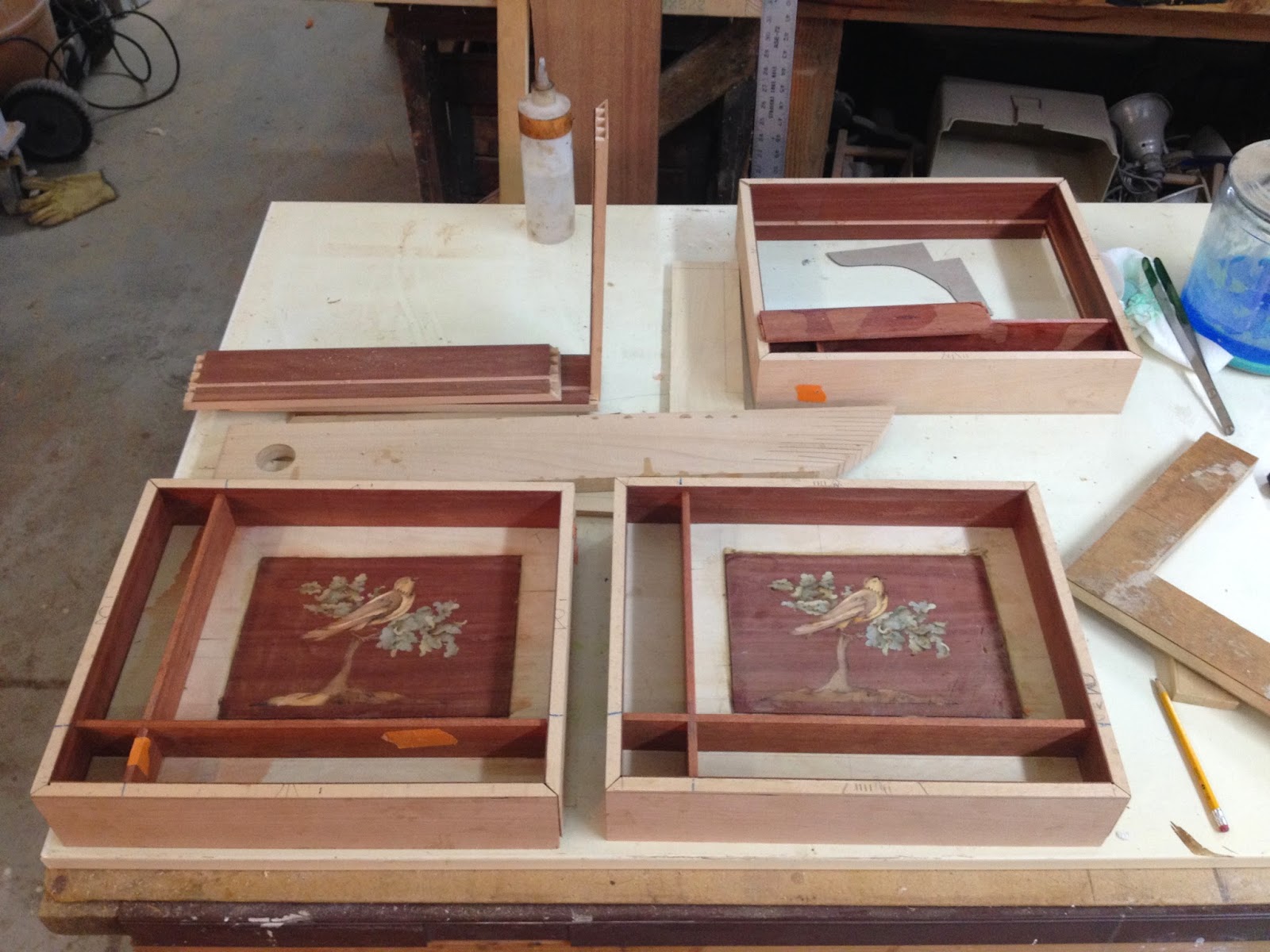 We were going to do the inside all bloodwood, but while fooling around in the veneer room, I found a really nice flitch of tulip cut in the late 19th century and we decided to use it. Again I used Old Brown glue to glue the frisage (parquetry) 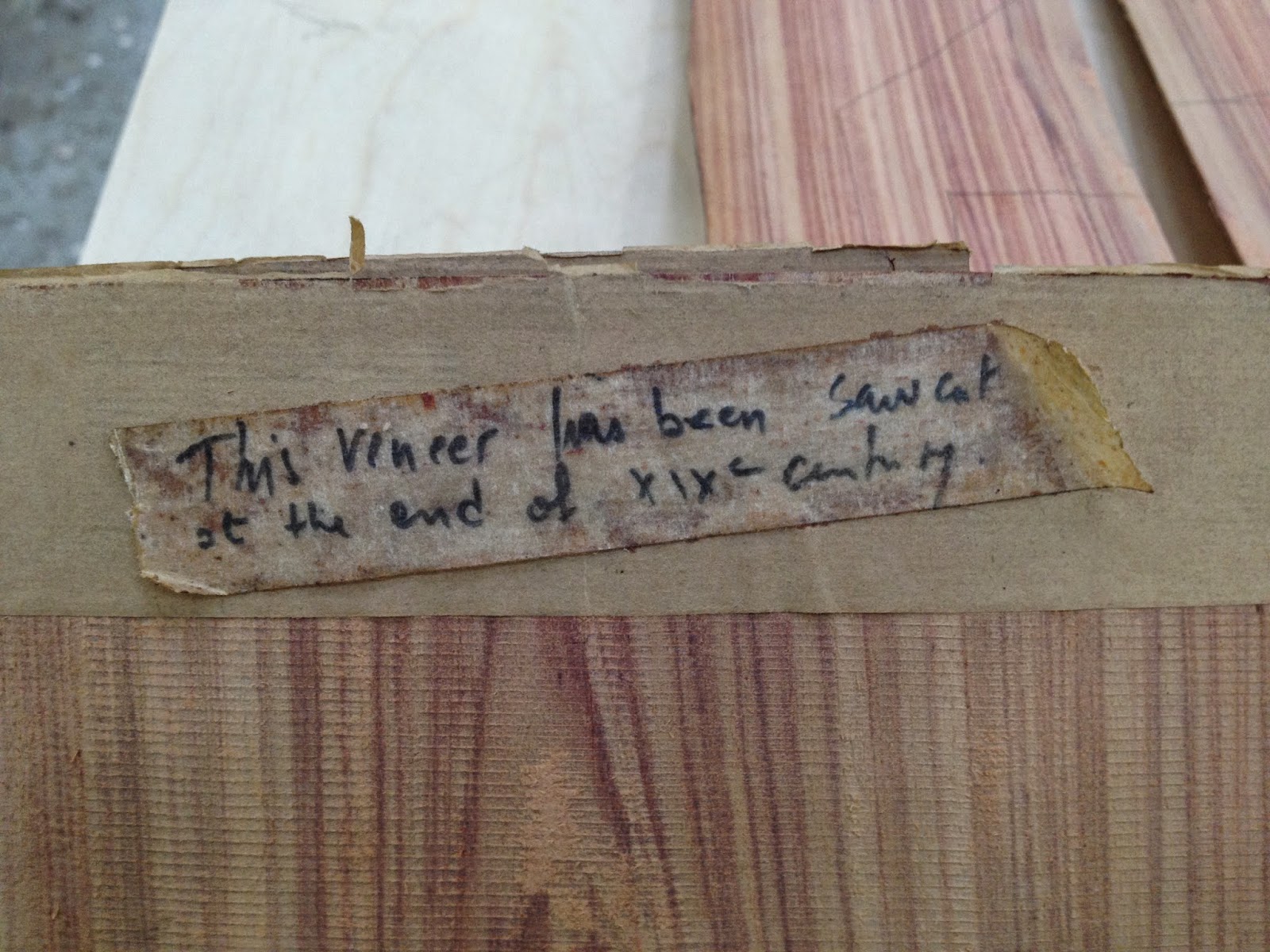 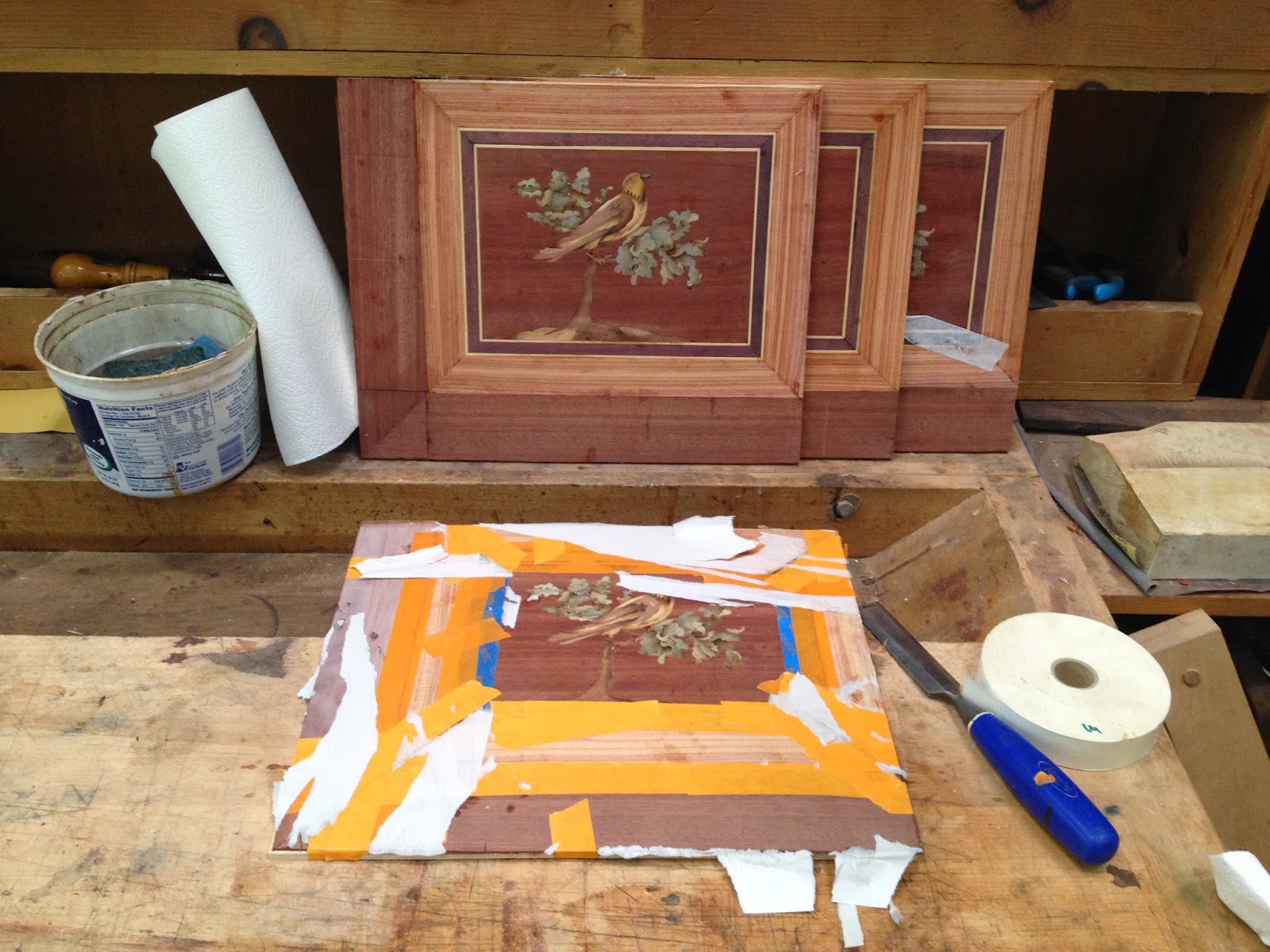 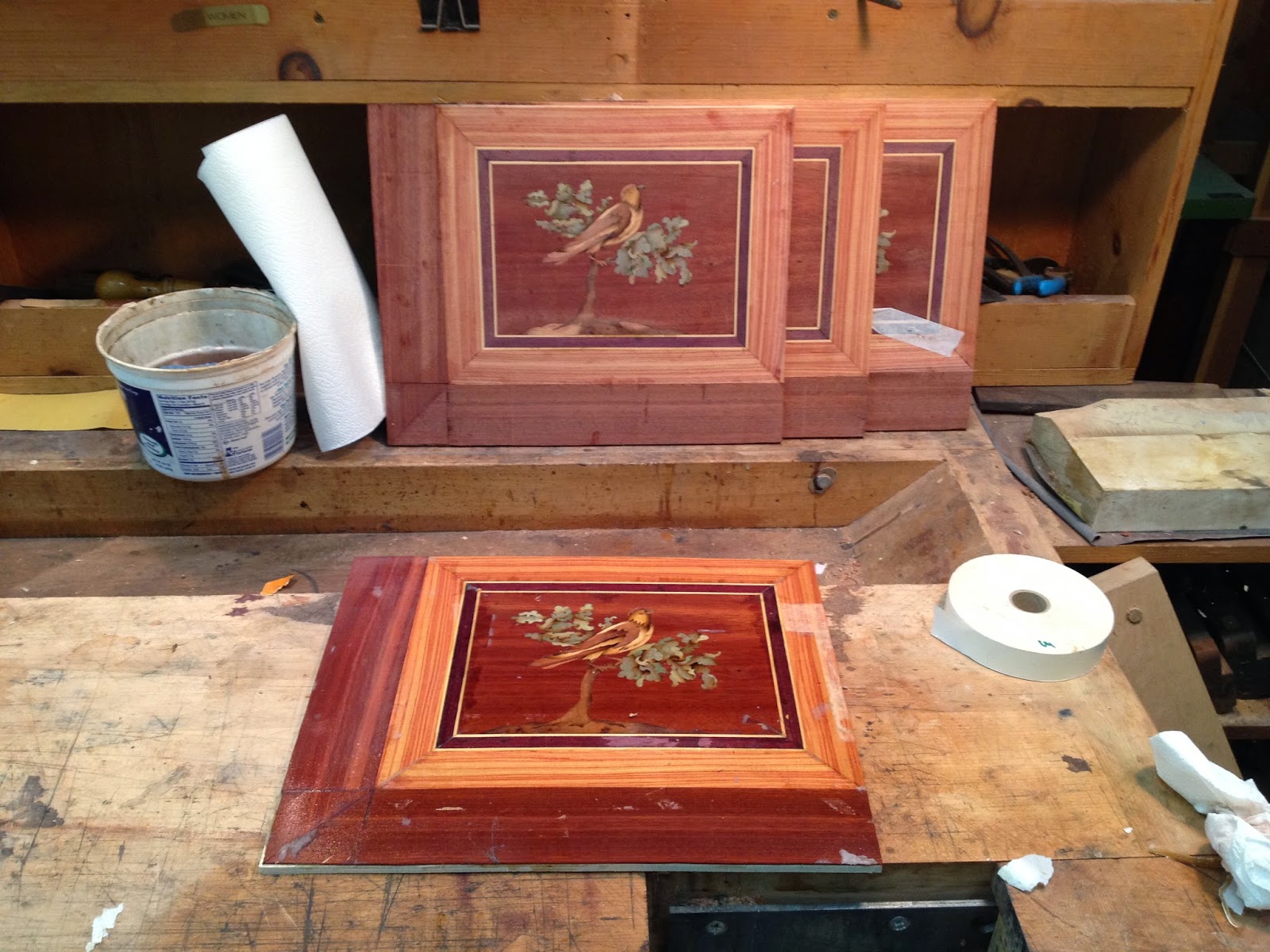 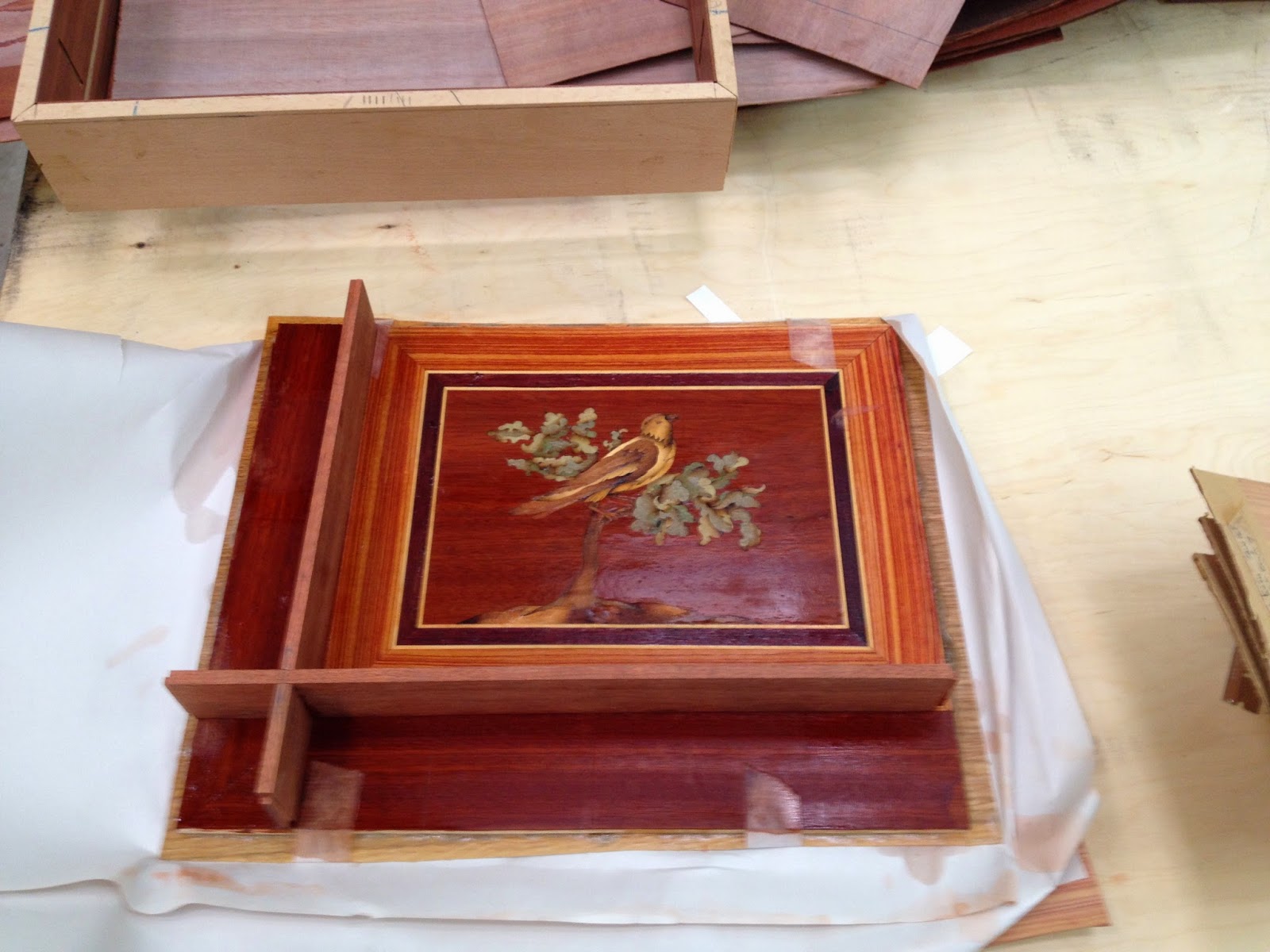 I also started to build the lid frisage (parquetry) without the bloodwood framing that I reserve for last to hit the corner at the right spot. 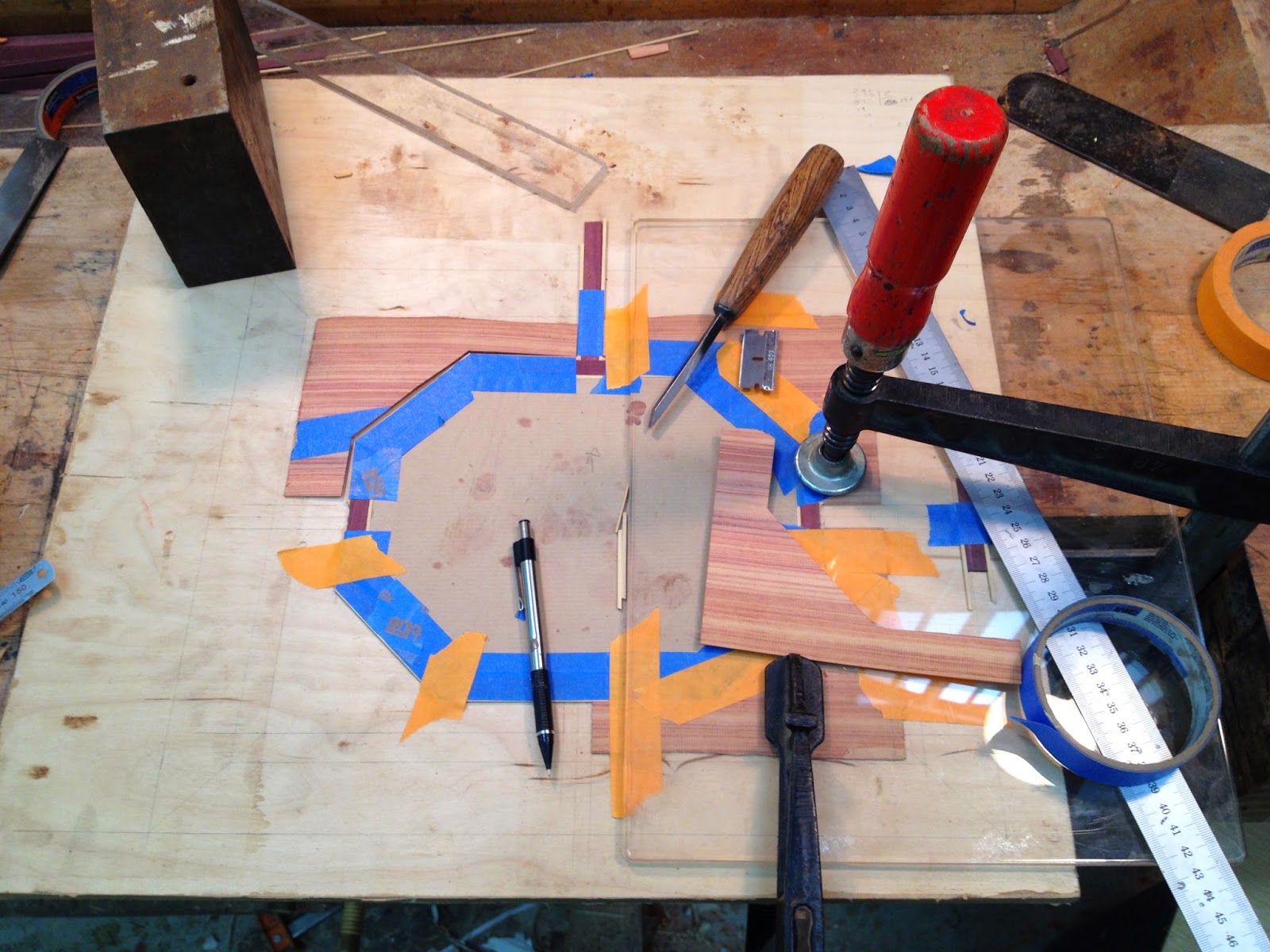 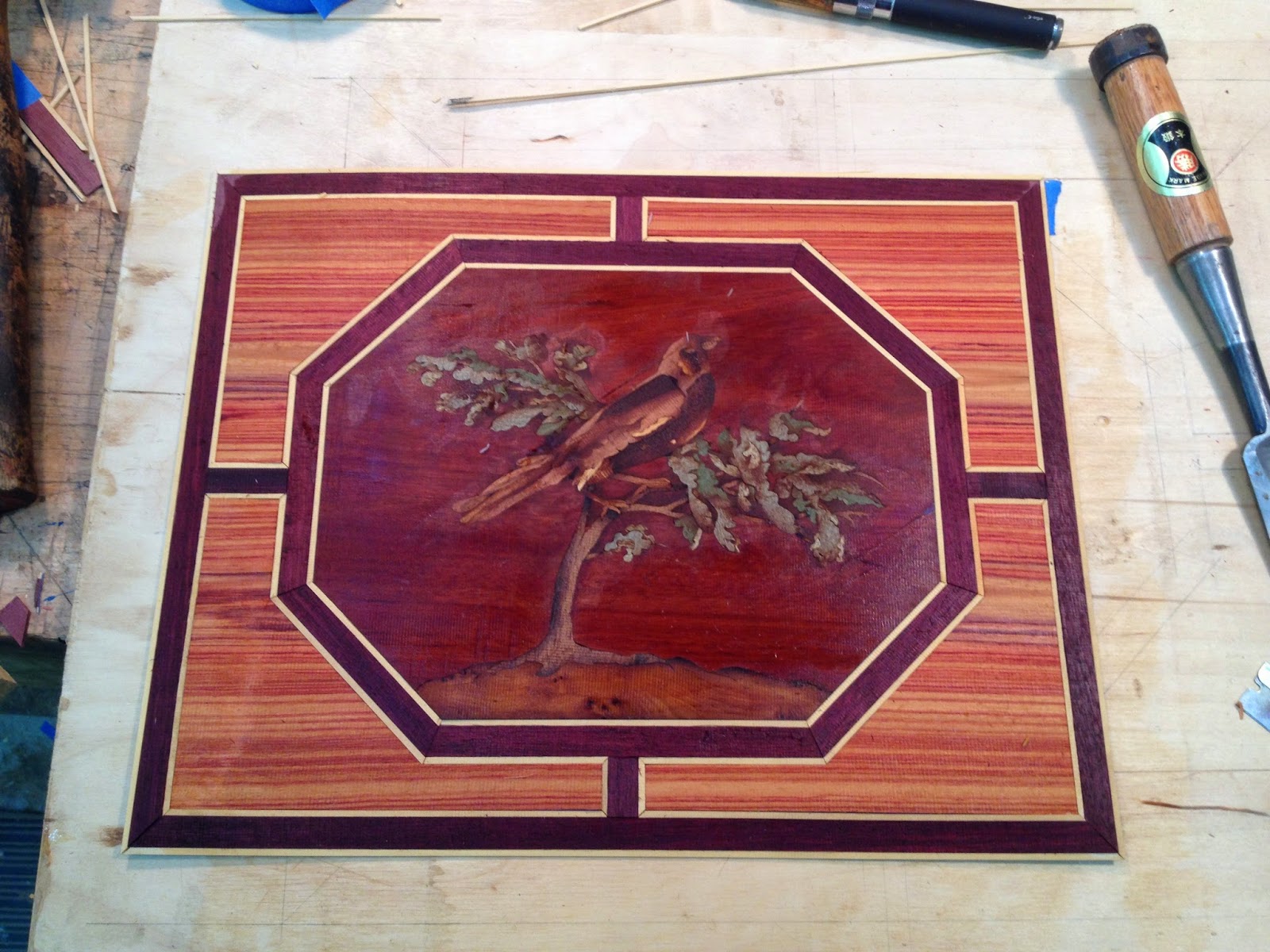 I can tell you, when you work on something interesting like that, it is nice to be back from vacation.
Next, green bone incrustation and veneering of the boxes sides.
-- Patrice lejeune